Bedding Down with Cal Thomas? Eeeewww!!! 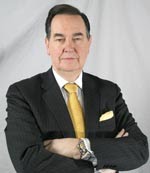 “Politics,” they say, “makes strange bedfellows.” That explains my queasiness as I… a liberal, free-thinking supporter of the rights enshrined in the First Amendment… climb into bed with columnist Cal Thomas. Thomas would probably cringe at this metaphor for reasons beyond my politics. Still, here we lie, united in agreement that our culture and government does a poor job handling religious diversity. He rightly states (in his column Thursday, November 12) that diversity itself didn’t make our nation great. What made it great is that a diverse group of “patriots of many races” united behind common principles, and willing to pay “the price in money and blood” to make sure those principles were applied to ALL Americans. I presumed he meant we were united by our defense of the Constitution. Cal, you make my heart flutter! I considered spooning.
But ‘twas not to be. That was as far as our little tryst could go. No sooner had I pulled up the covers, than Thomas was complaining that HIS religion doesn’t get as much accommodation and deference as the Muslim religion. He claims the government and society actively prevent him from being Christian in public, while it eagerly panders to Muslim requests. He may be correct that, in the present climate, there seems to be an exceptional attempt to bend over backwards to not offend Muslims. However the recurring core of his argument, is a tired persecution complex, arguing that the solution is for government to let MORE religion in, especially the horribly discriminated against Christians.
I disagree, but in his ranting Thomas implicitly asks the single most important question: What is the appropriate deference and accommodation that “We the People,” and our agents in government, should provide for various religious practices? And does that deference unite us behind common Constitutional principles?
Try a little thought experiment to put a fresh face on this discussion: Which of the following deserves more accommodation or deference from the government: stamp-collectors or model train enthusiasts? Beaders? Quilters? Rally-car drivers? Woodworkers? You’ll notice that there is a huge diversity of hobbies in this nation, and none of them receive special accommodation from our civil government. Diversity thrives. Hobbies are allowed to exist, recruit new members, publish books, hold conventions and even fight “dogmatically” over the proper way to be a member. Don’t even TRY to tell a long-arm quilter that she is misguided, and that the one true path to leisure rests in the pursuit of macramé! Lord, the schism between the “hand-tool” woodworkers and the “power-tool” woodworkers is epic. Yet each side, understanding that its stance on which tools are kosher is a personal choice, allows the other group to function unmolested. They never ask the government to provide special preference for their hobby. Neither do various “hobby lobbies” try to push a diversity agenda whereby the government is required to honor all hobbies equally. In fact, the government has a strict neutrality about hobbies and neither favors nor hinders them. It is, plain and simply, not the government’s business to accommodate or enable the practices of different hobbies.
In this perfectly functioning approach to hobbies we have a perfect model for a government response to requests that religious practices be accommodated or enabled by the public. It may at first sound silly, but religious practices are hobbies. All hobbies receive the same response when requesting preference, deference or enablement: “No. It is not the government’s place to regulate your choice of hobbies, or enable its practices.”
To the extent that government violates this neutrality, I can stand shoulder to shoulder with Thomas to demand it (at any and all levels) return to a strictly neutral approach, and focus on governing. But he doesn’t want this. Thomas seeks “fair” injection of religious practices into government. This will lead to nothing but internecine conflict between sects, to say nothing of the unnecessary government entanglement and waste of time refereeing competing claims of equal accommodation and deference. “Take Needles, ye knitters, for tonight we storm the Capitol to demand our rightful place at the Christmas Tree, next to the Menorah and that unholy Crochet Crèche!!” This path leads to madness.
If only Cal Thomas wanted a neutral, diversity enabling, Constitutionally principled approach to facing this nation’s religious skirmishes; if only he recognized that the united support of Constitutional principles is what made this nation strong. Then I might be able to stay in bed and cuddle. Unfortunately, he’s a “cover-hog” and only wants the comforts for himself. I can’t abide. I’m going back to my own bed, where you are all welcome to join me. Just leave your knitting needles and foot baths at home.