Note:  This post was found in my “draft” section, from a few years back.
+++++
Slumdog Millionaire, the multi-oscar nominated film about a poor kid’s life in India, is rated R by the Motion Picture Association of America. I’ve seen the movie. It is very good, but I walked out wondering, “How did that get an R rating?” No sex scenes, a little violence… where’s the beef? 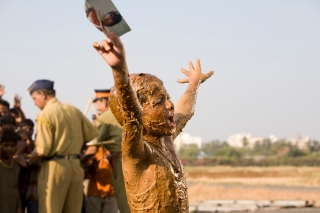 So I visited the MPAA site, and found it was “Rated R for some violence, disturbing images and language.” Disturbing images? Slums in India? A boy falling into an outhouse? Car battery torture… ah, yes…. the brief torture scene.

And so we pass into a new era… when American citizens have torture deemed too strong to look at in movies, but acceptable as an interrogation technique authorized by the government. Sigh…
Obama, bring us back!