I see a lot of my liberal friends, and national TV news anchors, clucking and gloating over Donald Trump’s inability to “Drain the Swamp.”

“Look at him, hiring lobbyists and Goldman Sachs bankers! Naming incompetent department heads. Hiring corrupt people and family (not that those are mutually exclusive categories) to do jobs normally handled by seasoned statespeople. Why, he hasn’t even filled the 4,000 + staff appointments. How can such an incompetent nincompoop possibly “drain the swamp” of corruption, injustice, waste and secrecy?”

Inigo Montoya looks at you, my friends and anchors, and says, “You keel my Father. Prepare to die.” 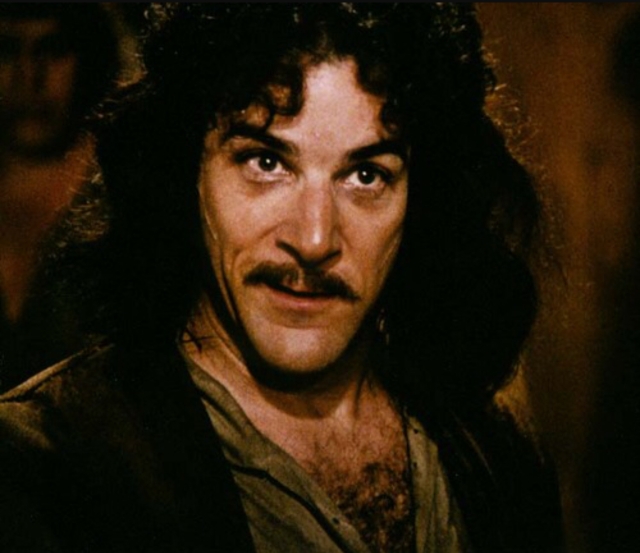 He looks at you and says, “You keep using those words ‘Drain the Swamp.’ I do not think Trump means them the way you think he does.”

Yes, friends, to us “Drain The Swamp” means removing corruption, money and self-interest from politics, refining the machinery of governance so it runs smoothly and equally for all citizens, fulfilling Constitutional ideals and creating a more perfect Union.

We make the grave mistake of thinking Trump means the same thing.

STOP misreading Trump’s “Drain The Swamp” as if he means it your way.

The “Swamp” in Trump’s and the Republicans’ minds is “government” — especially functional social programs, and any regulation that stops an entrepreneur from making money by any means necessary.

Why, Big Tony the Clam finds regulations against extortion quite cumbersome to his organization’s growt. (Not a typo. Think Joe Pesci’s “yout” in My Cousin Vinnie.)

“Drain the Swamp” means one thing to Trump: take action to gut and disable government function, eliminate regulation, seed the judiciary with right wing judges who will bear fruit for 40 years, and make the swamp a better environment for his gangster kleptocracy. And if he can undo everything Obama did in the process, all the better.

Trump is doing exactly what he intends: playing his base’s (and our!) inability to see through his smoke screen of fear, race-baiting and hatred, to put himself, his family amd his cronies in position to enrich themselves at taxpayer expense. Meanwhile, his Justice Department is appointing right-wing judges to lifetime lower court seats at a record clip.

Still don’t get it? It’s like the time I called a woman I was dating, and she was crying, because she just got off the phone with her boyfriend who “treats me like shit, and you’re so nice, but I love him.”

“Wait a second,” I reply, “We’ve been dating almost every day the last three weeks. I thought _I_ was your boyfriend?”

“Oh,” she says, “did you think we were dating? We were only “seeing” each other.

If you want to stop Trump, you’d better start reading “Swamp” the way Trump means it, and admit that he’s not failing by that standard. You’re just a star crossed lover, deluded in thinking he cares about your rules, or norms, or Constitution.
=======