Focusing is hard.  I am successfully staying away from Facebook, but not converting the windfall minutes into as much productivity as I should.

The Shape of Water 💦

What follows is not a spoiler, per se, but it is an in depth discussion of a scene in the Oscar nominated film by Guillermo Del Toro.  You’ve been warned. 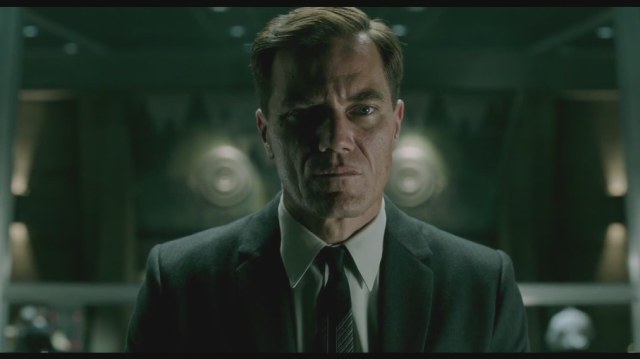 The lead baddy (played wickedly by the lead “goody” in The Paramount Network’s “Waco” — Michael Shannon) walks into a mensroom, being cleaned by the two female stars.  He greets them,  begins washing his hands then proceeds to urinate while talking to the women. Upon completion he walks out without washing his hands.and says to the women something like, “When a man washes his hands — before or after he goes to the bathroom — says a lot about his character. It’s a defect if he does both.”

What does it say about this character, that he washes before? Seems to me he won’t tolerate any of the world’s accumulated filth on his hands getting near his penis, but he’s completely comfortable spreading any of his own filth to others.  He is selfish beyond measure.

Anyone else see this movie and care to discuss how they read that scene?