A much needed antidote, human-scale story-telling, with enough emotional depth to counter the next 14 MCU/DCU robot-fest, explosion-quest, super-hero mashups.

What brings me, a man, to review Little Women?  The one thing that brings me here is an episode of This American Life I heard, about how Little Women allowed a kidnapped Muslim girl to survive her captivity in Pakistan, figure a way out, and to return to her adoptive family in America. 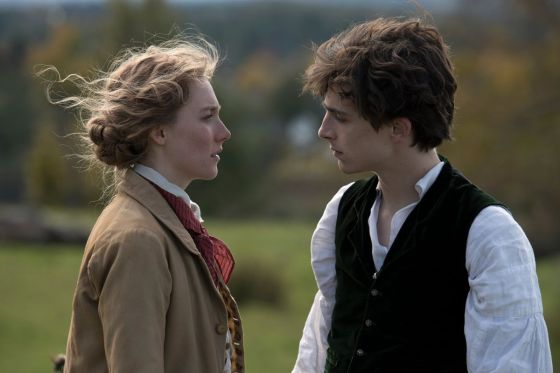 Wait.  The TWO things that bring me here are that story, and the growing discussion of changing women’s roles in society, as archetypally portrayed in the Civil War novel… no…

No, the THREE things that bring me to review Little Women are the Pakistani Muslim story, contemporary gender issues, and the rumor that Greta Gerwig has been snubbed by not receiving a Best Director Oscar nomination. Wait…

Among the many things that brought me to the theater to watch Greta Gerwig’s adaptation of Little Women are Pakistani muslims, women, snubbery and the curiosity of assessing whether the movie’s inclusion in the list of Best Picture Oscar nominees is justified.

What I did not expect, having neither read Little Women, nor seen any of the previous movie adaptations, was the Christopher Nolan-esque, time-shifting, heart-wrencher that Gerwig so masterfully constructed to force confessions and tears from me before it was over.

“Nobody expects the Gerwig version of Inception!”

God, that was a long way to go for a callback to a 1970’s Python sketch, but the factors are nonetheless true.

Was the movie good enough to be on the Best Picture list with the likes of Parasite and JoJo Rabbit? (Gerwig is also nominated for best Adapted Screenplay, for which this reviewer thinks she may win.)  I say yes.  It is solidly in the top 10 best pictures of the year. The movie is lushly filmed in a virtual Currier and Ives Christmas card collection, with a massive cast (Meryl Streep, Laura Dern, and Saoirse (SEAR-shuh) Ronan, in generationally descending Hollywood female royalty ranking; not to mention Timothy Chalamet as Laurie, and Bob Odenkirk playing a decidedly un-Saul-esque “Father”), and sparing no expense on background extras, scenery and attention to period detail.

The source material (which, again was largely unfamiliar to me; what? You expect boys to read a girlie story <WHACK!> Sorry dear.) is classic and revered. Others have, since 1871, done far more and deeper analysis of this story than I could do here, so if you came here for a plot synopsis or assessment of Louisa May Alcott’s work, intent, and craft – be gone. Hie thee to other climes. I shall not brook such insouciance!

Could a case then be made that Gerwig’s exclusion from Best Director nominations — a category where only 6 women have previously been so graced – was unjustified? Or is the clamor for diversity advocating laurels for a less than competent effort?

Three word review?  Greta got screwed! She wrote a complex, time-hopping screenplay with all of the components described above, turning it into a gripping, emotionally true period piece, that brought contemporary relevance to the fore via a number of sly, “fourth-wall breaking” direct-to-camera-delivered lines.  Verdict: Worthy. Gerwig snubbed.

I like judging other people’s judgments, as I’m not on the Academy nominators list, nor have I directed a major motion picture. But more importantly, I really love commenting on the validity of whether something is sexist.  What, being a man and all, possessed of all requisite privilege for declaring what can and can’t be true. For surely, if I can learn nothing else from Little Women, it is that we should never use contractions in speaking, and that men judge what sells. (Wait… wasn’t that the point?)

Like Friedrich tells Jo March, he doesn’t have the talents Jo has for writing, but he is capable of critiquing her honestly, and Jo eventually learns to compromise and accept his honesty in exchange for a little canoe paddling, as it were. (Early on, telling everyone she won’t ever marry, Jo March says she can do quite well without a man, and paddle her own canoe.)  I too can offer a blunt, loving critique.

I can’t cook the finest meal, but I can tell you what I like. Over time, you have to decide if my tastes match yours, or if my observations add any value to your viewing experience. Hell, maybe you’ll use my opinions as a launching point for YOUR opinions, and that would be just grand, too.

Because, as Jo March says in Greta Gerwig’s screenplay adaptation, under Greta Gerwig’s direction, “I don’t think it’s true that writing only reflects greatness or the worth of the thing written about.  Writing about the thing actually gives the thing value.” That of course is paraphrased. I’m not recording the movies as I watch. But representation matters. Stories of unsung people living ordinary lives are a critical source deeper lessons than might be found in an outer-space colony under attack by aliens.  Or another rock-star memoir.

And for what it’s worth… for whatever value my saying so can add … Greta Gerwig’s magic touch has added exquisite value to Little Women, and to her own reputation.  A much needed antidote, human-scale story-telling, with enough emotional depth to counter the next 14 MCU/DCU robot-fest, explosion-quest, super-hero mashups.  Little Women is worth the time and money you invest (yes, you too, my brethren!) to catch it in theaters before the Oscars ignore it almost completely.  You should not make the same mistake.